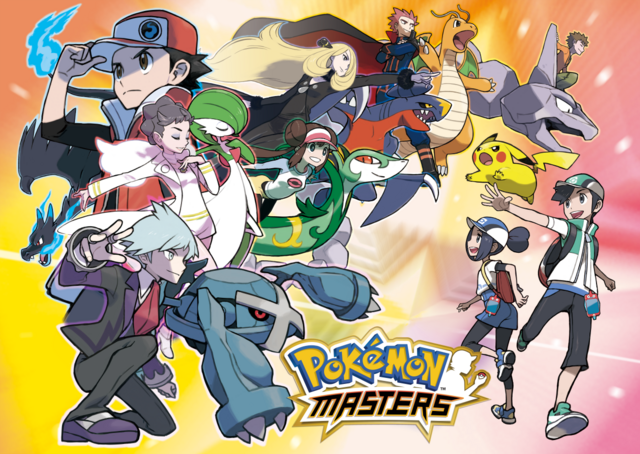 The official Pokémon Masters Japanese Twitter account announced on August 23 that the smartphone game will be launching in Japan on August 29. Following that announcement, Pokémon fan-site Serebii reported that the game would be released on iOS and Android on August 29 worldwide.

The smartphone game was first announced on the May 29 Pokémon Conference live stream. On June 27, The Pokémon Company Internation streamed a trailer that was solo key animated by legendary Pokémon anime series animator, Masaaki Iwane.

Pokémon Masters is a free-to-play game with in app purchases. The game is set on the island of Pasio and lets you battle trainers from the main series games, including Cynthia, Lance, Blue, Red, Iris, and many more. You must become the best trainer within Pasio’s Pokémon Master League by teaming up with trainers throughout the Pokémon franchise.

Here’s a run down on how the game works:

Pre-registration is available for the game on both the Apple App Store and Google Play Store right now.

Daryl Harding is a Japan Correspondent for Crunchyroll News. He also runs the YouTube channel about Japan stuff called TheDoctorDazza, tweets at @DoctorDazza and posts photo of his travels on Instagram.