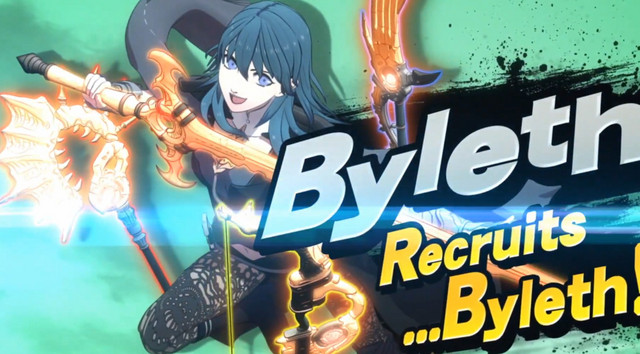 Just as fans were asking for a new series to be represented in Super Smash Bros. Ultimate, yet another Fire Emblem character will be joining the roster, with Byleth From Fire Emblem: Three Houses joining the fight, in both their male and female forms.

Unlike the other sword-based Fire Emblem fighters in the Super Smash Bros. roster, Byleth will be using different weapons from all three houses from the game, including the sword, bow, lance, and his axe. The Garreg March Monastery will be recreated as a stage and will cycle through the Marketplace, Reception Hall, Bridge, and Cathedral during battle. 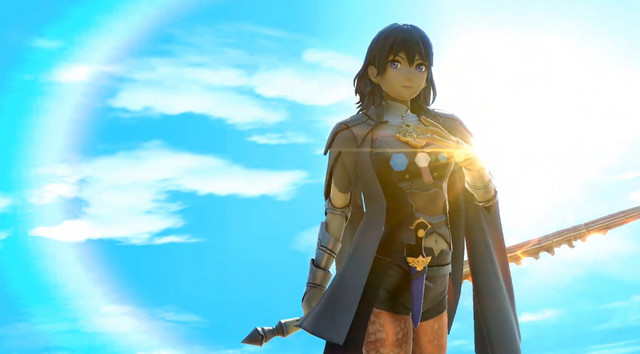 Alongside the stage and new fighter, 11 new tracks from the game will be included along with the A Heroic Legacy route in Classic Mode, with a final fight with crazy hand and master hand and a twist…

For Mii Fighters, new costumes that will be available from January 28 include Altair from Assassin’s Creed, The Rabbids, X from Mega Man X, MegaMan.EXE, Cuphead from Cuphead (with a Floral Fury soundtrack piece).

Byleth releases on January 28. Sakurai noted that the announcement was super-secret so even Nintendo wasn’t ready for release, despite the announcement being filmed back in November. 6 more fighters were announced to be coming soon, but not announced, volume two of the Fighters Pass will be available from January 28, with the Ancient Soldier Gear from Breath of the Wild, only available with the 2nd volume of Fighter Pass.

Daryl Harding is a Japan Correspondent for Crunchyroll News. He also runs the YouTube channel about Japan stuff called TheDoctorDazza, tweets at @DoctorDazza and posts photos of his travels on Instagram.