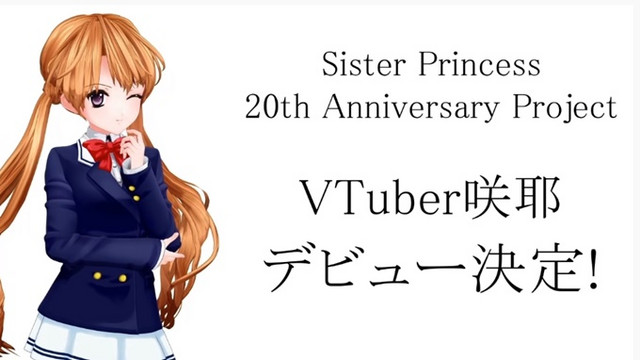 The virtual YouTuber Karen had been teasing the announcement for the next sister who would join the ongoing streaming program for the Sister Princess franchise’s 20th anniversary project since October. In the latest 11th episode streamed last night, She finally revealed Sakuya (voiced by Yui Horie) will make her virtual YouTuber debut soon. When and how (whether it will be her solo program or a joint program with Karen) she will appear will be announced at a later date.

Sakuya has been one of the most popular characters among the 12 sisters, who has often dominated the popularity ranking. She is a fashion-conscious girl and wants her brother to see her as a woman, not just a younger sister.

For the Sister Princess franchise’s 20th anniversary, Karen (voiced by Natsuko Kuwatani) started her virtual YouTuber activity on YouTube on September 23 and has been live-streaming a 30-minute program weekly. She said in the end of the program last night, “There are possibilities that more sisters would come if the big brothers’ strong support continues.”